There’s a lot going on in the Robin Robertson world of cookbooks, so let’s start with an update on two updates! Several people have asked if the upcoming Hot Vegan and Nut Butter Cookbooks are the same as Vegan Fire and Spice and Nut Butter Universe. In a word, the answer is: YES!  In a few more words, here’s what’s happening….

The Nut Butter Cookbook, published by Andrews McMeel Publishing and available August 19th, is a new and updated edition of the book originally published as Nut Butter Universe by Vegan Heritage Press.

Hot Vegan, also published by Andrews McMeel Publishing and available on September 23rd, is a new and updated edition of Vegan Fire and Spice (originally published by Vegan Heritage Press).

So….if you already have Vegan Fire and Spice and Nut Butter Universe, you probably don’t need these new additions (unless you spilled maple syrup and tamari sauce all over them, then it’s probably a good idea to replace them). However, if these titles have been on your wish list (or you want to buy copies for friends), then these sparkling new editions await!

In other cookbook news…. Just a few more weeks until my gorgeous new full-color hardcover book called Vegan Without Borders hits the shelves. It’s available now for preorder. I must say, I don’t think I’ve ever been as excited about one of my books as I am about this one. In the coming weeks, I’ll be posting a few sample recipes and photos so you can see what all the excitement is about! 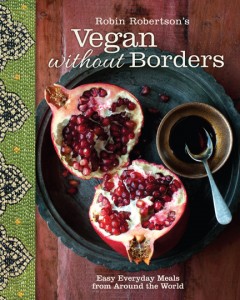 Finally, just a reminder, (because I’ve been asked about this like a kajillion times)… All y’all do realize that there are three separate and distinct cookbooks in my “quick-fix” series, right? So, in other words, if you already have Quick Fix-Vegetarian (which is actually 100% vegan) or Quick-Fix Vegan, you would probably want to check out the third volume – and my personal favorite of the three: MORE Quick-Fix Vegan. Three separate books, 150 recipes each – that 450 recipes with less than 30 minutes active cooking time!  Collect the set!