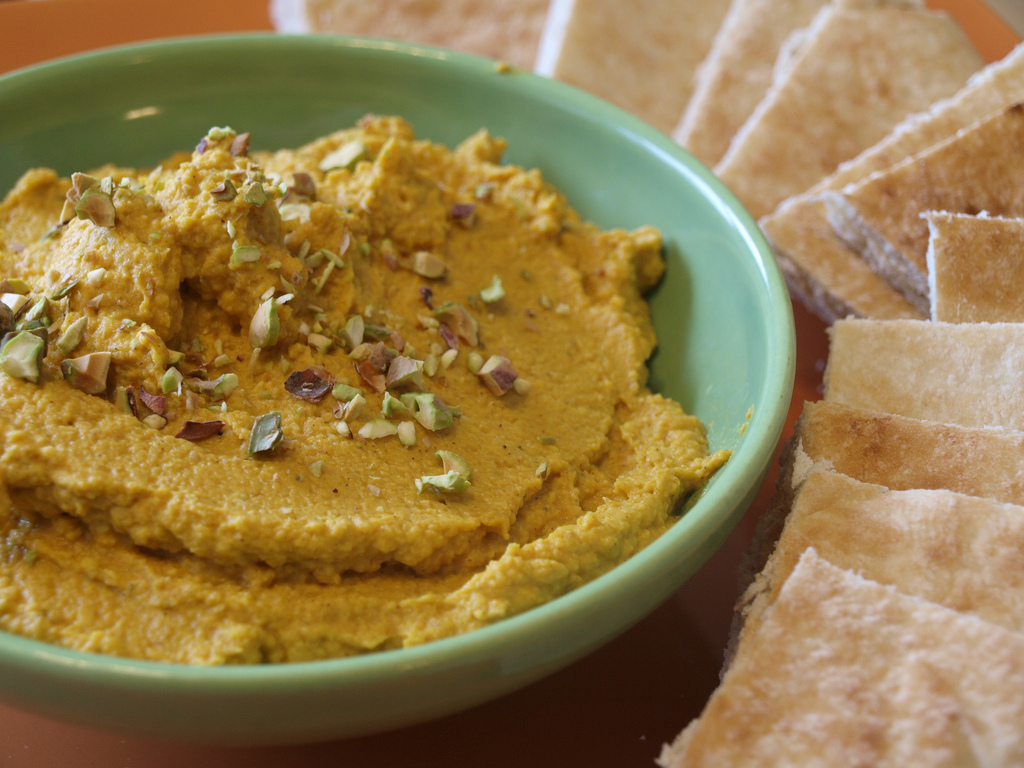 On a day when many people eat more than their share of food at one sitting, serving an appetizer before Thanksgiving dinner may seem like a bit much.  The only times I serve a Thanksgiving appetizer are when I’ve got a crowd coming over and I knew a few of them would be arriving a little later than others.  In such a case, it’s nice to put a little something out for the early arrivals to nibble on with drinks while you finish getting dinner ready.  A tasty appetizer before dinner is also a great way to put those omnivore guests at ease — the first bite of a stuffed mushroom or vegan cheese ball will prove to them that they won’t starve!

The top photo (photo by Andrea Weaver) shows my Moroccan Spiced Pumpkin Hummus from Quick-Fix Vegan. The traidtional pumpkin imbued with nontraditional (for Thanksgiving) flavors hits all the right notes.  Other great options are the Warm and Creamy Artichoke-Spinach Dip or the Savory Mediterranean Cheesecake below (photo by Debbie Cowherd) from Fresh from the Vegan Slow Cooker: 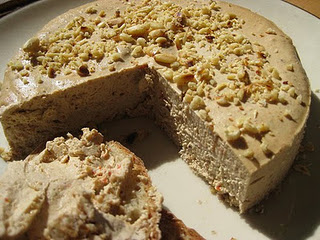 If you’re short of time, you can simply put out a bowl of nuts, or maybe a plate of these easy peppadews stuffed with tapenade — you can buy peppadews at a supermarket salad bar and use ready-made tapenade to save time. If you can’t find peppadews, you can stuff cherry tomatoes instead or just serve the tapenade with crackers or raw veggies.

BONUS COOKBOOK GIVEAWAY:  Thanks to the generosity of my publisher, I’m giving away a SECOND copy of Party Vegan this week!  To enter this second giveaway, answer the following question in a comment at the end of this post:

Enter NOW — this giveaway ends at the same time as the other one: midnight tomorrow!  Winners of both giveaways will be announced on Saturday.  You can enter both giveaways — and you can enter them both TWICE — just by telling others about these giveaways and then leaving an additional comment telling me about it.