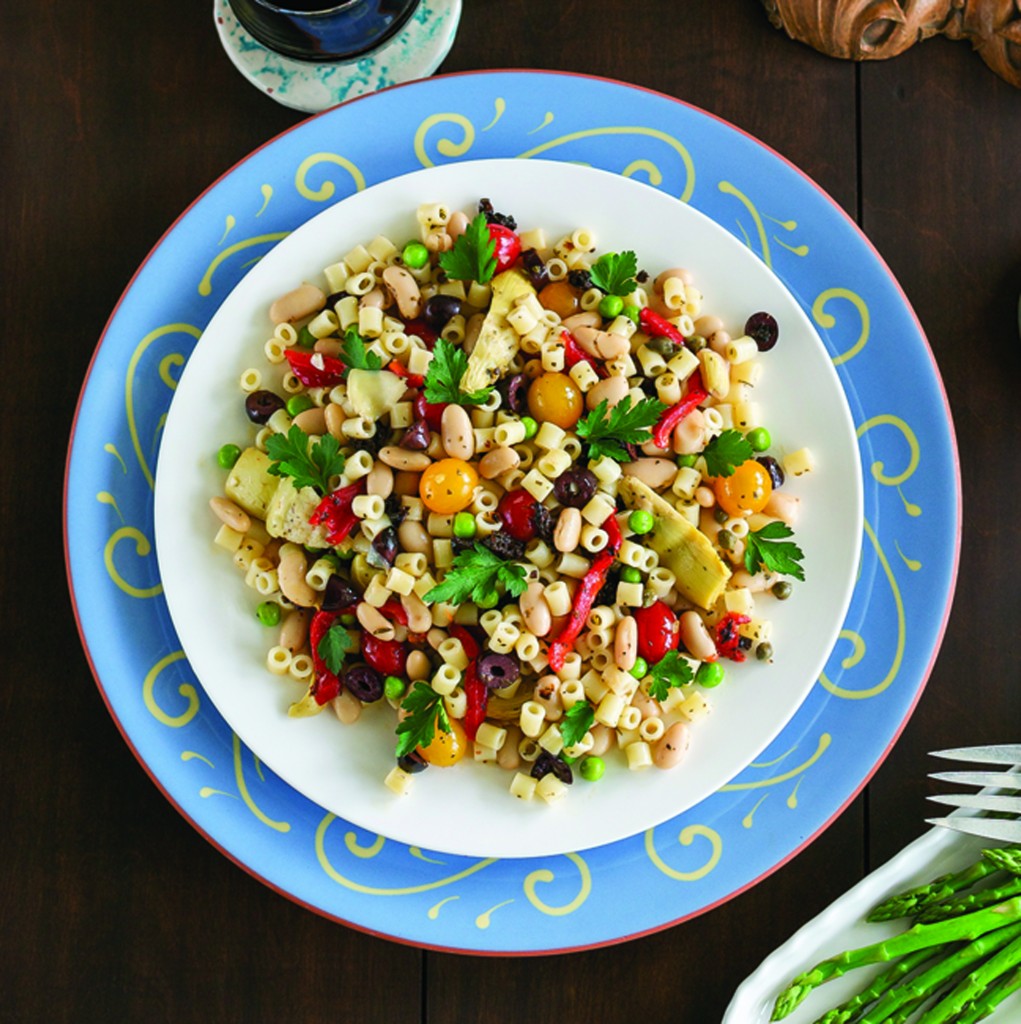 Tis the season! To celebrate, the nice people over at Vegan Heritage Press are holding a whopper of a Cookbook Giveaway.  Inspired by my new cookbook, Cook the Pantry, the giveaway is a photo contest.

It’s called “The Cook the Pantry Photo Contest” and it’s going on now through December 15, 2015. To enter, simply take a photo of your favorite vegan pantry meal and post it on Facebook, Twitter, or Instagram. Be sure to tag Vegan Heritage Press and use the hashtag #CookThePantryBook so they can see it. That’s it!  And you can enter as many times as you like! Here are the prizes:

3rd Prize: a copy of Cook the Pantry signed by Robin Robertson.

You can post as many photos as you’d like between now and December 15th, 2015. The more photos you post, the greater your chance of winning. Everyone can participate, however, prizes can only be shipped to US addresses.  The winners will be chosen at random and announced on December 18, 2015, on the Vegan Heritage Press blog.

I want to stress the point that your photo can be of ANY vegan dish you make from pantry ingredients (it doesn’t have to be from my book!).

Of course, if you’d like a delicious pantry-powered recipe to inspire you, try this Pantry Pasta Salad from Cook the Pantry (shown above, photo by Annie Oliverio). It makes an easy and festive-looking addition for a holiday party or potluck.

One of the great thing about this recipe is that the portion size is easy to adjust. To increase the volume, cook an entire pound of pasta and add additional pantry goodies, such as olives, roasted red peppers, or pine nuts. You can also add fresh vegetables and herbs (see optional additions).  This recipe is from Cook the Pantry by Robin Robertson (c) 2015 published by Vegan Heritage Press.

Cook the pasta in a pot of boiling salted water until it is al dente. Drain and run under cold water, then drain again and transfer to a large bowl. Add the beans, artichokes, bell peppers, peas, olives, sun-dried tomatoes, and capers. Toss gently to combine. Set aside.
In a small bowl, combine the olive oil, lemon juice, agave, garlic, basil, oregano, and salt and pepper to taste. Stir well to break up and distribute the garlic. Pour the dressing over the pasta salad. Add any optional add-ins and toss to combine. Taste and adjust the seasonings, if needed.
Makes 4 servings

Again, here’s how to enter the Great Cookbook Giveaway: 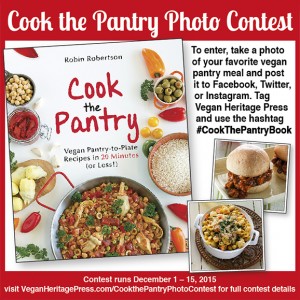