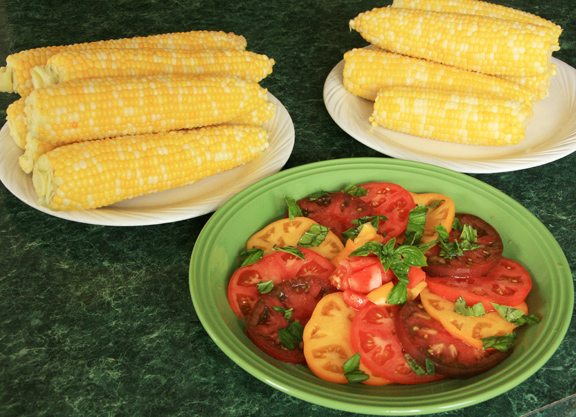 Corn and tomatoes are the quintessential summer vegetables.  These days, it’s possible to get fair produce of many kinds almost all year round,  but not so when it comes to these two summer favorites.  So we like to feast on them when they’re in season.

We usually go to at least two different farm stands for our produce. This weekend we got several different types of tomatoes — not just for the beautiful colors, but also because we wanted to do a taste test to compare the different varieties.  Margaret was given the taste of choosing which tomatoes would go into the salad and I think she did an excellent job. 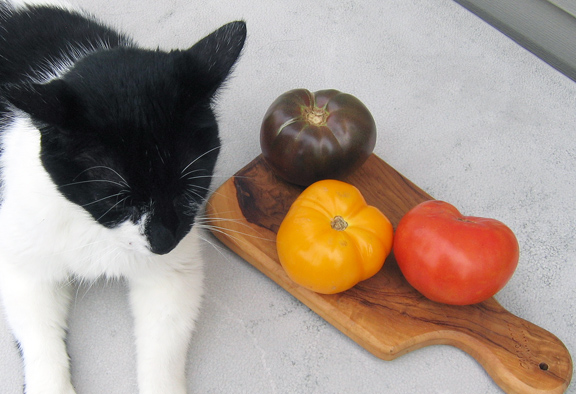 Here’s the tomato salad at serving time, sprinkled with salad and fresh basil and drizzled with just a bit of olive oil.  Pure heaven.  All the tomatoes were quite good.  We expected to like the red one the best, but it turned out the blackish-maroon one had the most flavor! 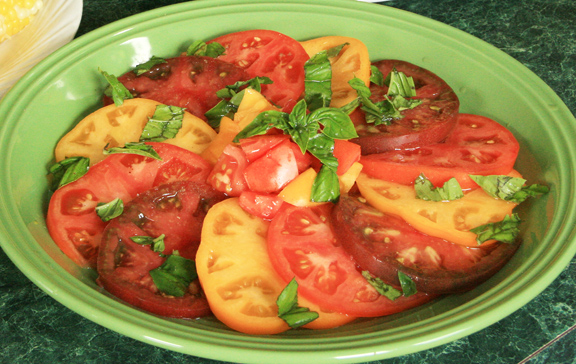 So how about you?  Where do you get really, really good corn?